Dynamic Contact Resistance measurement (DCRM) is an On-load tap-changer diagnostic method to understand the state of the OLTC. It is a simple and effective method in which without opening OLTC or the Transformer, condition of the OLTC can be monitored. DCRM test involves specific test procedures, thereby the test results are recorded systematically in the Computer in the form of Current graphs.

By analyzing the recorded graphs, OLTC healthiness can be declared. The Current graph also indicates the location of the fault in OLTC which reduces the overhauling time and thereby reducing Transformer outage time. 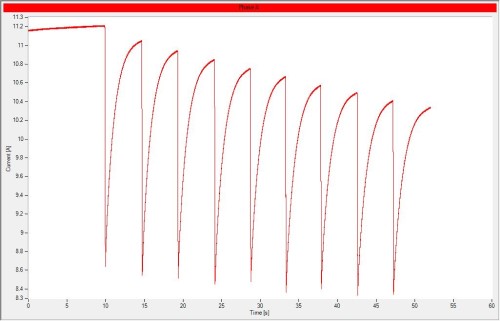 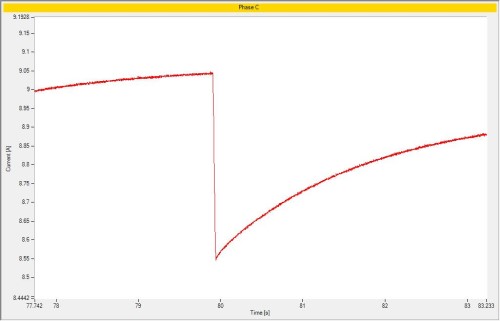 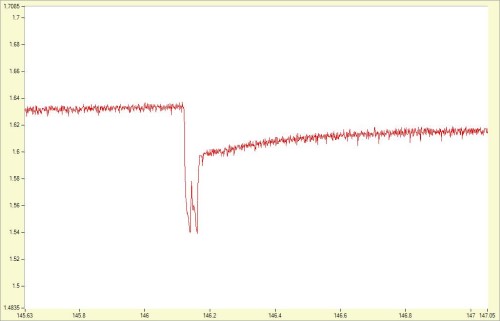 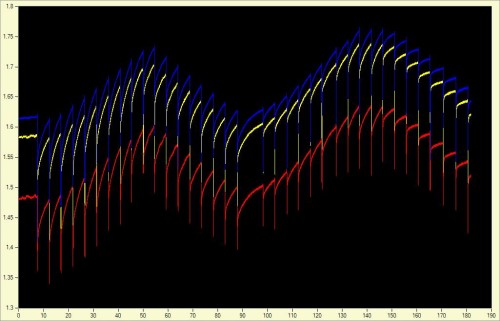 A typical graph with the ”V“ curve is shown above. By zooming into this curve, the specialists can assess whether the curve is due to irregularities, such as interrupters or bounces. The status could thus be assessed using the measurement.

After the measurement, the transformer can be demagnetized with the same measuring instrument. In the measurements, Easun MR uses devices from the company Ibeko, also known as DV-Power, which have been developed specifically for Easun MR requirements.